25 years of passion for better Vision

In 2017, SCHWIND eye-tech-solutions is celebrating its 25th eye laser anniversary: the company is one of the pioneers of refractive surgery. 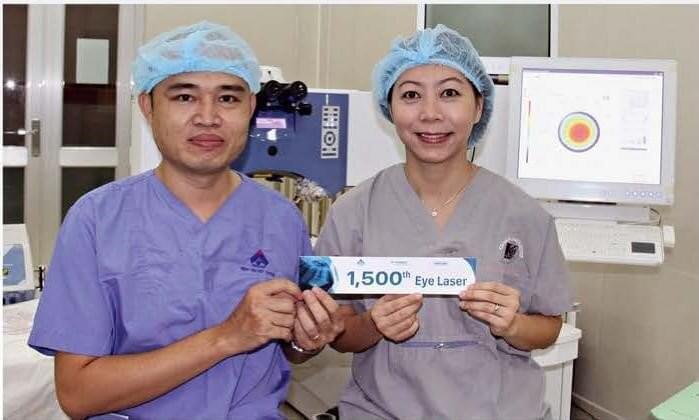 Founded in 1958 and initially established as a complete provider for ophthalmologists, 1992 saw SCHWIND Pro­gress to a new business area: the development, production and sale of eye Lasers for correcting visuat defects. This sector has now been its key focus since 1999. 1n the spring of 1992, SCHWIND made its first detivery - a SCHWIND KERATOM to South Korea and, in March 2017, its 1,500th laser, an AMARIS 105ORS, was installed in Vietnam. The first generation of broad beam laser was designed to correct myopia and astigmatism. In 1994, this was followed by the KERATOM II, the first eye laser in the world to be fitted with a passive eye tracker as standard.

In 1996, SCHWIND launched the KERATOM F with fractal masks, which Led to a significant advance in the correction of hyperopia, before reteasing the KERATOM MULTISCAN with active eye tracking, which was also capable of correcting mixed astigmatism, in 1998.

From 2001 onwards, the SCHWIND ESIRIS excimer Laser with its 200 Hz repetition rate, 0.8 mm beam size and 300 Hz subsequently 330 Hz) eye tracking was to become a hot topic in the world of refractive surgery. The innovations of this Laser generation include the development of aspheric ablation profites and the unique corneat wavefront. The introduction of corneat thickness measurements (online pachymetryl as standard-a decisive safety factor in Laser treatment - also saw ESIRIS make headlines as a pioneer. The SCHWIND AMARIS ,,TotalTech“ excimer Laser generation has continually set the pace in the market since its Launch in 2007 and is now firmly established as one of the leading eye laser technologies. 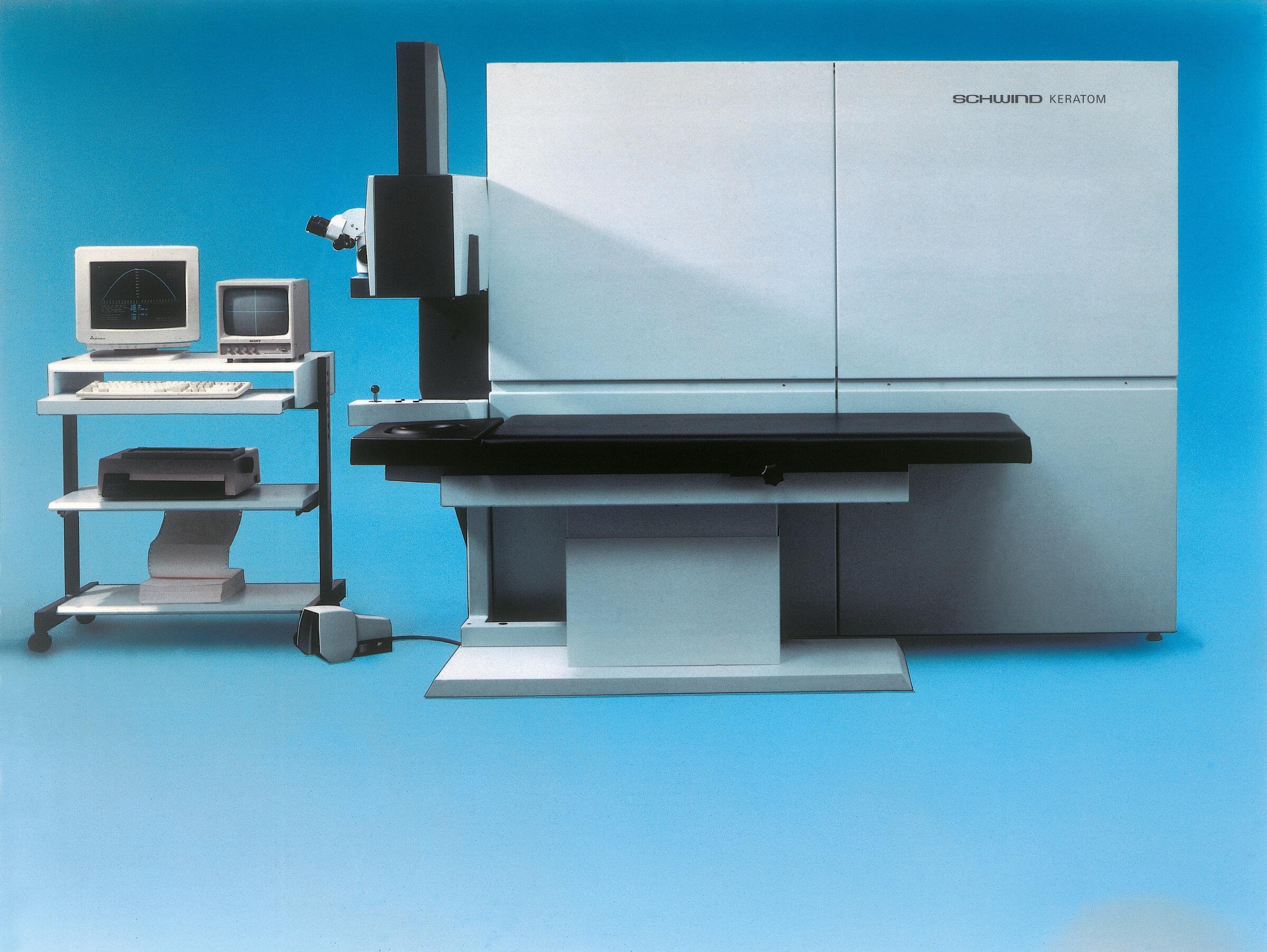 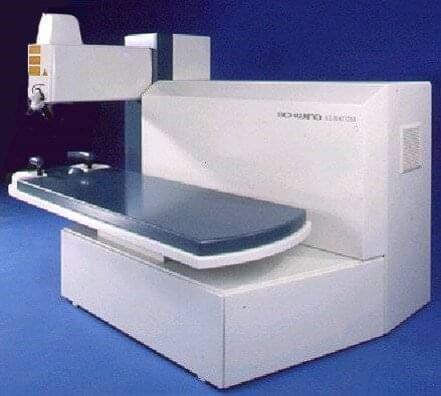 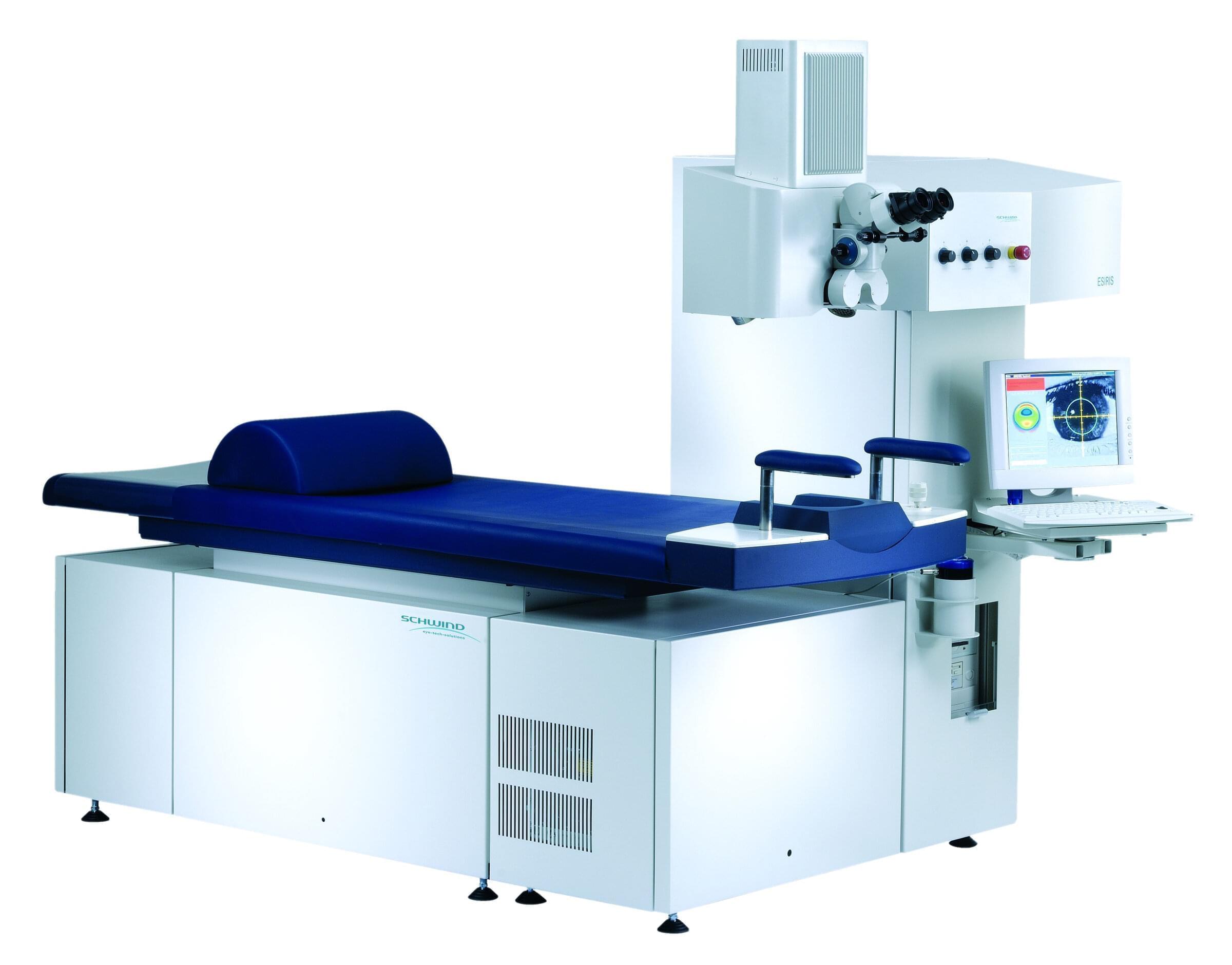 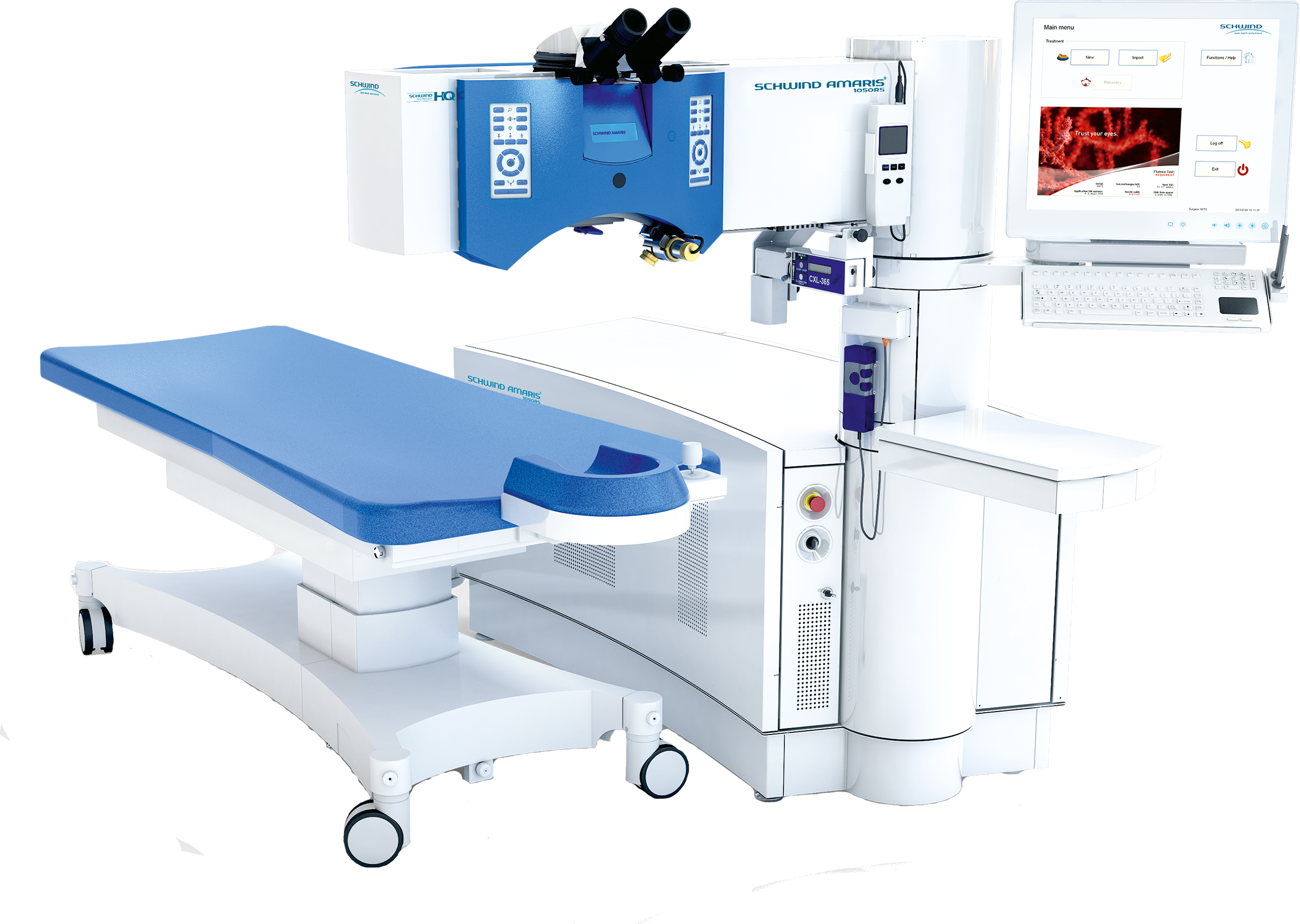 The SCHWIND mission for 25 years: throughout the life cycle of the product, we work in close collaboration with users to ensure that each laser generation is continually optimised and always state-of-the-art. In 2008 and 2009, the company received five awards for the innovative strength of its SCHWIND AMARIS technology.

For 25 years, SCHWIND Lasers have been synonymous with the highest quality. And it remains our key aim for the future to continue setting new benchmarks for technology and treatment standards in the field of refractive surgery. The key to our success is based an our ability to identify and meet the demands of the market'', said CEO, Rolf Schwind.