Tobias Neuhann, MD, Medical Director of the Marienplatz Eye Clinic in Munich, is a new member of the SCHWIND AMARIS user family. The clinic has been using the AMARIS 1050RS since August 2018. 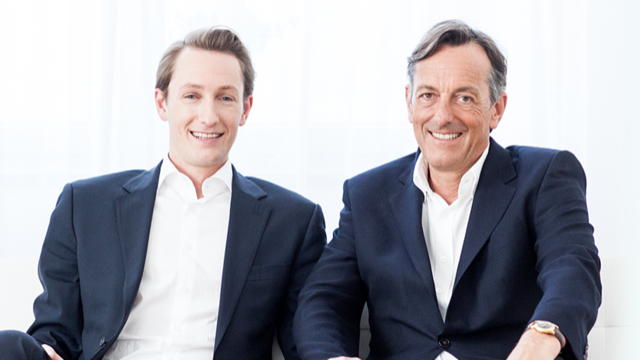 Since the mid-90s, the internationally renowned ophthalmologist has made his mark with pioneering achievements. In 1995, Dr. Neuhann was the first ophthalmic surgeon in Germany to use the implantable contact lens (ICL) procedure and was involved in its further development. In 1999, he was also the first ophthalmic surgeon in the world to apply the toric implantable contact lens used in astigmatism. Moreover, he made a significant contribution to the further development of corneal transplantation, especially in deep lamellar ablation. In 2013, Dr. Neuhann took over the clinical management of the corneal transplantation and keratoconus centre in Munich, which he founded with the support of his son Raphael Neuhann. Refractive surgery is also one of his main areas of research.

Dr. Neuhann has been honoured with numerous national and international awards for his pioneering scientific work. These include, for example, the Achievement Award of the American Academy of Ophthalmology 2011 for his involvement in the approval of two new lens implants. In 2010 he received the Lifetime Achievement Award of the International ICL User Meeting for his collaboration in the further development of the artificial lens. In 2008, Dr Neuhann was awarded the Fyodorov Award for clinical innovations of the last 25 years. He also received numerous "Oscar" film awards for his treatment videos on new surgical techniques. In addition, Dr. Neuhann published a wide range of scientific publications and book contributions.

Dr. Neuhann commented his decision for the SCHWIND AMARIS 1050RS as follows: "For a Munich ophthalmologist, it is currently extremely difficult to acquire a new excimer laser. Why? In Bavaria there are three world leading manufacturers. Comparing the clinical results, the service and the technology makes it even more difficult. Decisive for choosing the AMARIS laser was ultimately the technological and innovation advantage. Quality of the components, 1050Hz pulse rate with 7D eye tracking, tissue-saving and highly precise removal with the SmartSurfACE treatment and the combination with the Corneal Crosslinking System are options that perfectly match our therapeutic range. Also helpful for making a decision was finally the history with SCHWIND as well as the philosophy of the personable entrepreneur Rolf Schwind, who, like us, acts successfully with a sustainable family business.