Eye lasering is thoroughly tested and is generally considered to be a very safe form of treatment. The field of ophthalmology can draw on decades of experience with various lasering techniques, which have been continuously refined.

While no medical procedure is entirely without risk, SCHWIND technologies minimise it. SCHWIND AMARIS laser systems have unique properties that provide for the greatest possible safety in laser treatment.

No matter how hard you try to keep your eyes still, you can’t. Even when you think you are staring intently at a point, your eyes move involuntarily. During eye lasering it is naturally very important that the laser hits the right spot. To make sure it does, SCHWIND developed a unique eye tracker system.

1050 times a second, it registers the movement of the eye during treatment and compensates for even the smallest movements. Thus, the laser beam is always in the ideal position. 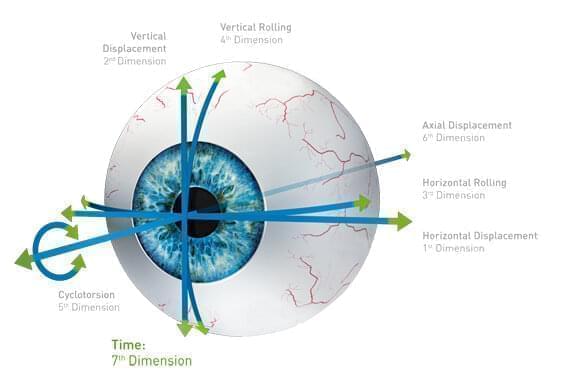 SCHWIND AMARIS laser systeme offer eyetracking in up to 7 dimensions

With SCHWIND AMARIS lasers, the thickness of the cornea is measured continuously during the entire treatment. The doctor thus knows at all times how much cornea is left, ensuring that the cornea remains stable after laser correction. The measuring device works without touching the eye.

A laser beam generates heat. If the cornea is overheated during treatment, it can cloud. While this clouding can be removed with special eye drops, it still means there is a temporary milky haze instead of clear vision. SCHWIND AMARIS lasers minimise the risk of corneal clouding with the help of a unique thermal control system. This reduces stress on the corneal tissue so that it retains its integrity long-term, even when the laser is working extremely quickly. With this system, the laser pulses don’t hit the same part of the cornea repeatedly, but instead are spaced out in such a way as to prevent overheating while still allowing very fast ablation.

SCHWIND AMARIS lasers make things easier for surgeons in many ways, allowing them to concentrate fully on the patient during the procedure. This includes a display in the surgeon’s field of view that shows key data about the laser and the treatment, keeping him or her informed without having to look away from the eye being lasered.

The effectiveness of treatment with SCHWIND AMARIS technology has been shown in numerous studies published in respected journals of ophthalmology.

The SCHWIND AMARIS has demonstrated its effectiveness in LASIK in over 100 international studies published by respected eye surgeons. For instance, one study of more than 1000 treated eyes confirms clear vision after laser treatment – over 96% of the treated eyes had 100% or better visual acuity after treatment. 95% of the patients had a maximum residual refractive deficiency of a half dioptre or less. Eye surgeons refer to this as the “glasses-free zone” in which no correction is necessary. Click to read the full publication here.

The patients’ eyes regenerated very quickly after LASIK treatment with the SCHWIND AMARIS, and on average a day after the treatment they had regained almost the same visual acuity as they had before treatment with corrective lenses.

The AMARIS laser has proven its effectiveness in surface treatments with TransPRK/SmartSurfACE in over 50 international clinical studies carried out by respected eye surgeons. For instance, a multi-centre study with over 1000 eyes showed consistently fast recovery of visual ability and high visual acuity right after treatment. Patients reported fast recovery of vision after treatment, high vision quality and fast regeneration. Many of them said immediately after treatment that they had the impression of seeing as well as they had before the treatment with glasses or contact lenses. This is particularly noteworthy because it was achieved with a surface treatment in which vision recovery in the early post-operative phase typically takes longer.

Technology has steadily progressed, and analysis and laser treatment have become ever more precise and effective. Today it is often possible to give patients from the “early days” better vision through follow-up treatment. AMARIS technology can also effectively treat residual visual deficiencies to enhance quality of vision.