Dr David Kang is Clinical Director of the Eyereum Eye Clinic in Seoul, Korea, and has been using SCHWIND technologies for over five years. Dr Kang decided to have SCHWIND laser treatment himself. 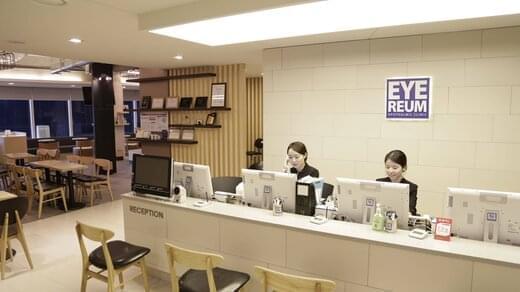 In the past, the ophthalmic surgeon has used the entire AMARIS portfolio – 500E, 750S and 1050RS – to treat his patients. At the Eyereum Eye Clinic, LASIK treatments account for 32 percent of refractive procedures, of which 90 percent are customised treatments. Surface treatments comprise a further 68 percent, of which 81 percent are TransPRK. Recently, Dr Kang decided to have SCHWIND laser treatment himself and was successfully treated for hyperopia. Previously, he was able to accommodate well, in spite of hyperopia, in the range between -2.0 and +3 dioptres, and had good vision, both near and far. "First symptoms of presbyopia appeared when I reached the age of 40. Near vision became a challenge, both in my daily clinical work and in my leisure activities. So it was clear to me that I would soon need laser correction. I decided to act sooner rather than later," says Dr Kang.

Timing was of the essence. To start with, he had to find a suitable slot at his busy clinic. An important factor for Dr Kang was that, at the time of his AMARIS treatment, the new SmartPulse Technology from SCHWIND had become available. ”At Eyereum, I’m able to choose from numerous laser platforms from different manufacturers. In the end, I decided on AMARIS because it is the best in the world. I am reminded of this every day when treating my patients. Key features such as static and dynamic cyclotorsion control, 1050 Hz repetition rate and the new SmartPulse Technology ensure very reliable, effective and safe laser treatment."

Dr Kang was treated for visual deficiency of +2.5 D/-0.12 D @ 177 (visual acuity 20/20) in the right eye, and +2.75 D/-0.25 D@ 180 (visual acuity 20/20) in the left eye. Post-operatively, he achieved an uncorrected visual acuity of 20/13 in both eyes. The laser correction was performed at the Eyereum Eye Clinic by ophthalmic surgeons Dr Choi and Dr Ha. One treated the right eye with the AMARIS 1050RS and SmartPulse Technology, while the other treated the left eye using the AMARIS 750S without SmartPulse Technology. ”They had a bit of a competition in the operating theatre to see which eye was the dominant one, and therefore the more important,” Dr Kang recalls.

When asked why two different AMARIS models were used in his treatment, Dr Kang replied: ”I use both lasers regularly at my clinical practice. It seemed only fair to my patients that I would experience for myself the process of undergoing laser treatment. I believe that I’m a better ophthalmologist for having been treated with both AMARIS lasers”. This argument also played a part in the choice of treatment method. Dr Kang opted for a FemtoLASIK treatment, employing corneal wavefront analysis: FemtoLASIK because the rapid recovery of visual acuity was important to him; customised because this is his treatment of choice for most of his patients. ”How can I convince my patients about the benefits of a treatment method that I haven't experienced myself,” asks Dr Kang. 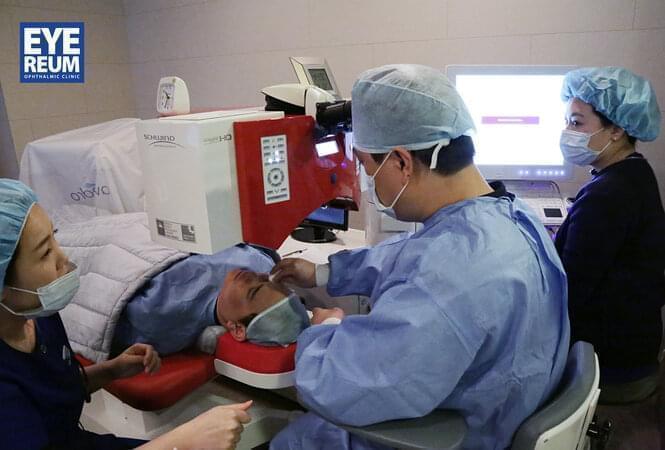 In terms of vision outcome, the Korean ophthalmic surgeon found no significant difference between his left and right eye. However, his visual acuity recovered significantly faster in his right eye, which was treated with SmartPulse Technology. Dr Kang explains: ”I had excellent scotopic vision right from the outset. Then the winter arrived, which brings a very dry climate in Korea. My eyes were very dry, especially in the morning, but everything was fine after a month or two." What he remembers most vividly about the treatment is the sights and sounds. For example, the noises made by the laser, which sounded quite different from a lying position, as opposed to the surgeon's sitting position when looking into the microscope. Or the perception of the laser spot, which he thought looked rather like fireworks.

”Immediately after the operation, I tried not to blink, even though I knew that not blinking would actually cause the cornea to become drier. It was probably due to the topical analgesia and the fear that I may lose the therapeutic contact lenses. Now I have a better understanding about why some of my patients do not blink following laser correction, although we encourage them to do so.

Quality of vision is phenomenal

On the morning after the treatment, my newly acquired quality of vision then became fully apparent: I was able to read the newspaper without screwing up my eyes or reaching for my reading glasses. After a few months, it felt as good as if I had never had laser eye surgery,” Dr Kang recalls, and sums up: ”I'm pleased that I took the decision. The rapid recovery of visual acuity with SmartPulse Technology and the quality of vision immediately after the treatment really is phenomenal. My patients also experience this ”wow effect”, especially after surface treatments.”

Dr Kang considers it likely that he will have further laser treatment in the future on account of his advancing presbyopia. At present, his residual accommodation ability is sufficient for very good near and far vision.